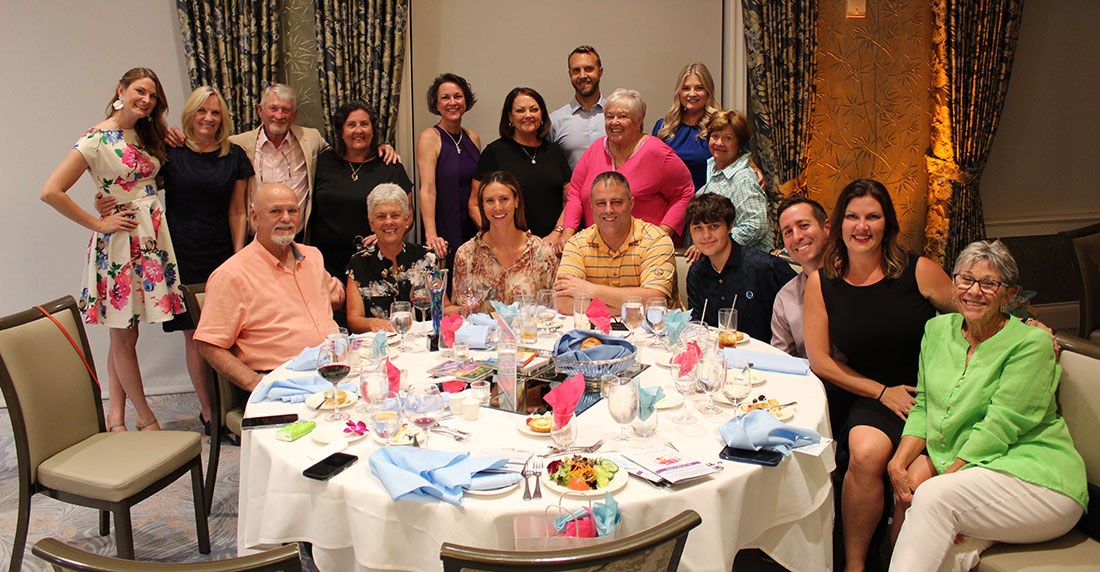 Held March 3, the gala was a virtual event livestreamed into supporters’ homes and watch parties. The program featured impactful stories from Guardian ad Litem’s volunteer child advocates, who represent Southwest Florida children who have been abused, neglected or abandoned. The event, which was broadcast from The Club at Pelican Bay in Naples, also featured live and silent auctions, as well as awards presentations and Fund-a-Cause initiative.

“Our theme this year was ‘Change a Child’s Story,’ and that’s exactly what our supporters and sponsors accomplished at the Voices of Hope Gala,” said Jessica Stanfield, executive director of the Guardian ad Litem Foundation. “The children we represent don’t always start with fairytale lives, but if we rally the community to support children, we can write a happy ending for their story.”

Galeana received the foundation’s HOPE Award, which is short for Helping Other People Excel. The award honors individuals with deep connections to the Guardian ad Litem program in Southwest Florida. Galeana, president of the Elizabeth K. Galeana Charitable Foundation, first linked with the Guardian ad Litem Foundation in 2013. Since then, ongoing financial support has allowed 133 children to sleep comfortably in a new crib or bed; 373 children to participate in dance classes, music lessons and sports activates; 288 children to attend summer camps and field trips; 404 children to receive new clothing; 76 children to access academic tutoring; and 803 children to celebrate a happier birthday.

“Jerry has directly touched the lives of more than 2,000 children,” Stanfield said. “These are children she has never met, but felt compelled to help because she believes in the Guardian ad Litem Foundation’s mission and recognizes that all children deserve our community’s support.”

The Guardian ad Litem Foundation also presented Corey Lazar, an anchor at WINK News, with an award recognizing him as an honorary board member for his work telling the stories of vulnerable children in Southwest Florida. Lazar has emceed foundation events and participated in the nonprofit’s recent 5K race in Fort Myers.